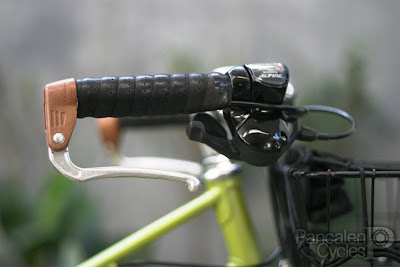 Although you might already saw this bike during the build process this bike is one of the near-misses, the owner immediately ride it home before we have a chance to take a few snapshots after finishing. We can’t blame Anggoro Inggriasto, his bike is built with one interesting concept: make it technologically modern while retaining the simple and classic visual styling. Since the first post about this bike have “part 1” label on its title we immediately take this bike for a couple shots the moment it returned for some minor adjustment. 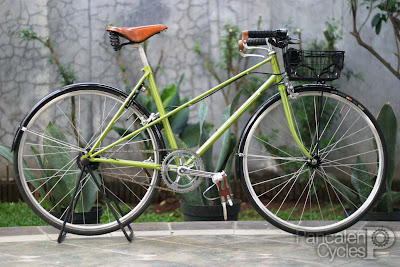 Prior of owning this bike Anggoro commutes either on a Specialized Allez or a foldable bike if he happens to mix his commute with train. Apparently he wanted something fast enough but with a bit laid back and relaxed geometry, so this is where the build direction goes. Velo Orange Belleville and Brooks Champion Flyer saddle is the main design feature, the build grows from there. The Dia Compe reversed time trial brake lever adds to the classic characteristic of the bike.
Strobo is one of the rarely seen mixte model made by Federal, a deceased Indonesian bicycle company during its heyday between the ‘80s and ‘90s. As opposed to conventional “step-through” frame design mixtes have one distinctive design feature, another pair of lateral tubings running from the rear dropout to the seattube, making it looked like a second set of seatstays. If you saw a step-through frame without these extra tubings, it doesn’t count as mixte. 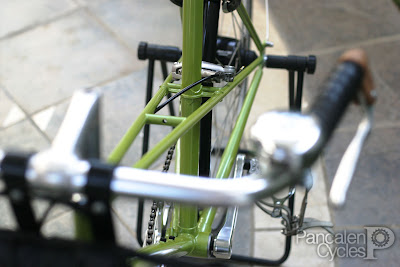 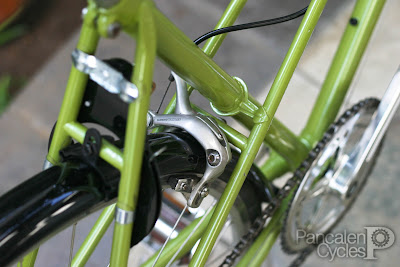 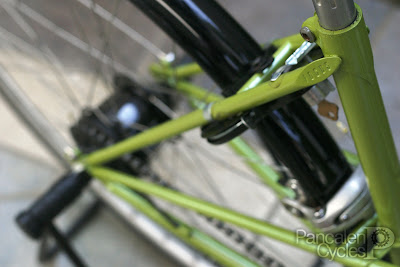 The Strobo is originally designed as a 27” wheeled bike, converting it into 700c wheels left a lot of space under the fork crown and seatstay bridge(s). Conventional short-reach dual pivot caliper brakes will not fit, long reach Shimano 105 5500 brake calipers solved the problem. Fenders are one of the must have parts on commuter/city bikes so we put a set of Planet Bike fender on the space between the frame and the Onza Lavin 28c tires. Another practically useful feature is Wald front basket. Since a designer wouldn’t let other designer ride with ugly stock rack mount, we saw the need of creating a pair of custom rack struts for this bike. 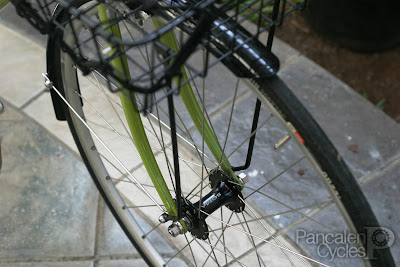 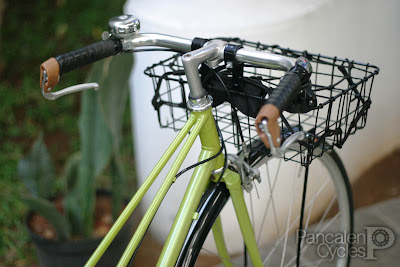